We are offering COVID-19 antibody testing and accepting visits via Telemedicine. Click here to schedule an appointment. 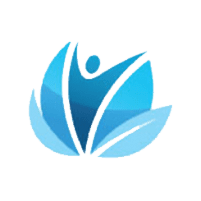 Depression is a serious, debilitating health problem that affects millions of people every year. If you or a loved one is feeling constantly down, hopeless, and worthless, Dr. Rosalyn McFarland, DNP, RN, APNP, FNP-BC, and her partner Clarissa Lawrence MSN, RN, APNP, FNP-BC, NP-C, and her team at MyNP Professionals in Brown Deer, Wisconsin, can help. There are effective treatments for depression, and Dr. McFarland has considerable experience in helping people of all ages overcome the misery of depression. Call the clinic today, or book an appointment online.

Although it’s common for people to feel depressed at times, especially during difficult periods such as a bereavement, clinical depression is a mental health condition linked to an imbalance in the brain chemicals, serotonin, and norepinephrine, that causes constant negative feelings and has a significant impact on your quality of life.

Clinical depression is unrelenting, shadowing every aspect of your life and affecting your relationships and your career. If left untreated, depression can lead to thoughts of self-harm.

There are a number of possible causes of depression, and it’s most likely that more than one of these factors combine to cause the illness. Triggers for depression include a variety of emotionally demanding situations, such as:

Almost any major upheaval can trigger an episode of depression, and substance abuse increases the chances that someone will become depressed. It’s also possible to experience depression as a side effect of some prescription medications. However, depression sometimes appears to come out of the blue without there being any obvious causes.

Researchers believe that genetics plays a role in how likely you are to experience depression. It’s probably a combination of influences from different genes that have this effect rather than being a single identifiable gene, but there’s evidence to show a genetic link.

What are the symptoms of depression?

Clinical depression causes a range of emotional symptoms in addition to feelings such as worthlessness, guilt, extreme sadness, and low self-esteem. You could also experience problems such as:

Dr. McFarland measures your symptoms against this list to determine if you have clinical depression. You may also experience physical symptoms such as chronic pain and digestive problems.

What treatments are available for depression?

In the early stages of depression when it’s still relatively mild, lifestyle changes can make a significant difference. Taking regular exercise, eating healthily, and managing stress are all proven ways of relieving the symptoms of depression.

If the condition worsens, you may need additional help, such as talking therapies, counseling, and antidepressant medication.

The sooner you start receiving treatment, the more quickly you’ll recover from your depression, so kick start your recovery by calling MyNP Professionals today, or book an appointment online.